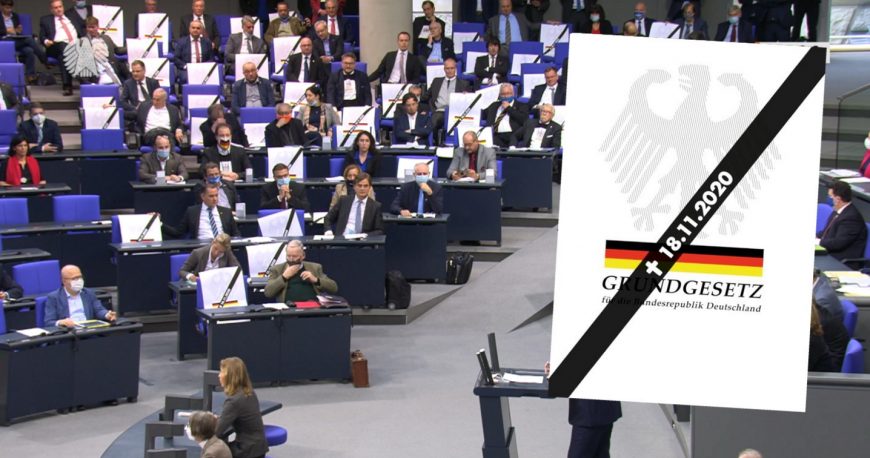 We live in times when the AntiFa has more in common with the SA of the NSDAP than a dachshund with a dog. Left becomes right, right becomes left, above is somehow below and in general – and the AfD becomes the strongest defender of the Basic Law.

Normally I would think someone has too much alcohol in them, if someone told me that. Or I would pinch myself and wonder if I am Dschangdse , who dreams of being a butterfly and no longer knows what is real.

Videos about the Bundestag

But a fact check is easy, and you can already see from the cover picture provided by the Bundestag that we are to be influenced when we share this video. Shameful.

Here is the complete session and thus the video proof for my claims (if the Bundestag videos are not shown here anymore, the Bundestag made them disappear, sorry):

And here for those who don’t understand German: The speech of Mr. Gauland

Mr. President, ladies and gentlemen. Trust is one of society’s most important resources. As is well known, it can be gambled away. When people no longer trust each other, the will to cooperate ends and discord develops. When sections of the population do not trust the government, cracks form in the social fabric. When the government and
Media close to the government stigmatize and insult these segments of the population or even threaten them with the Office for the Protection of the Constitution instead of talking to them, these cracks become deeper and mistrust grows.
And, ladies and gentlemen, when members of parliament are thrown to the ground by the police, one may ask: Where have we actually arrived in this country?
In a constitutional state, basic trust is institutionally secured by basic rights, ladies and gentlemen. Heribert Prantl – by God no friend of the AfD -, the chief commentator of the “Süddeutsche Zei tung”, has written or spoken remarkable words about this – and I quote with the President’s consent: “Fundamental rights are called basic rights because they form the basis of our lives. Basic rights are there just for the times of need. If they are pushed away in times of crisis and need, then they are worth nothing, then one can forget them. – Heribert Prantl, not Alexander Gauland
The Federal Government’s Infection Protection Act is the greatest restriction of basic rights in the history of the Federal Republic of Germany.
The high corona figures in many Western countries raise the disturbing question of whether open societies are less suited to respond to global threats than authoritarian systems.
If we continue Mr. Prantl’s line of thought, it means that we can forget fundamental rights. The mistrust, ladies and gentlemen, will explode. You see it on the streets, you see it in the aggression you feel everywhere, and you see it in many cities and today in front of the Bundestag. These people stand up for their basic rights and do not need to be observed by the Office for the Protection of the Constitution!
Many citizens have existential concerns and questions. They not only want to know how their stores, restaurants or cultural sites should continue, but they fear for their freedom in view of suspended basic rights. Corona app, contact tracking, digital health checks, indirect compulsory vaccinations: These are all symptoms of an approaching smart health dictatorship. People wonder, for example, whether they will have disadvantages if they do not want to be vaccinated or register.
Will people then one day no longer come to restaurants or sports or go abroad? Anyone who asks such questions is known as a conspiracy theorist. But in China this kind of total surveillance is already a fact, and we don’t want to go along with it.
The “FAZ”, which you won’t get too close to if you call it “close to the government”, does anyone there want to wave a fence post? In an expert statement, the representative of the Chair of Public Law of the Ruhr University Bochum told the Health Committee of the Bundestag – quote -:
The planned § 28a IfSG does not meet the requirements of parliamentary reservation and principle of determination. The regulation does not indicate any weighing up of the interests affected by fundamental rights, but apparently wants to legitimize unilaterally the previous procedure during the Corona epidemic.
So the expert in the health committee.
“No weighing up of interests at all”, so it behaves. For what is it other than excessive and unbalanced, when the inviolability of the home is put up for discussion, when the Chancellor declares in all seriousness that children should only be allowed to meet a friend?
Do we have the plague in the country, Chancellor?
Ladies and gentlemen, what is a pandemic of national importance? Anyone who defines it has a state of emergency today. Apparently, Mr. Drosten is the current German sovereign, and the arguments of other virologists and epidemiologists who oppose the lockdown are being swept aside, such as the paper by Mr. Streeck and the National Association of Statutory Health Insurance Physicians, which has also been signed by numerous medical associations. The signatories are calling for a nationwide standardized traffic light system that would allow the current situation to be seen at a glance at both federal and district level. They rely on commandments instead of prohibitions, on personal responsibility instead of paternalism. They plead for the promotion of hygiene concepts instead of closures and for the protection of risk groups through special measures. We support such reasonable ideas, just as we oppose economically and interpersonal ruinous emergency measures.
We will have to live with the virus for many more months and the citizens know that. Most of them deal with the situation responsibly, just as the hosts, the stage performers, the concert organizers dealt with the situation responsibly: They have registered all visitors, they have limited their capacities, they have developed hygiene concepts and they have spent money on this with decreasing revenues. The fact that they are still locked up is unbearable, and that amounts to dictatorship.
I have already said at this point – and I never tire of repeating it – that the sovereign of this country is the German people, represented by this parliament. Only this parliament can decide on restrictions of fundamental rights, and after weighing all arguments, for a precisely limited period of time. You did not even specify this: an exactly limited time.
Ladies and Gentlemen, that the government is presenting the elected representatives of the people with a fait accompli is contrary to the spirit of democracy and the Basic Law.
For this reason alone we reject this law – and not, Mr. Bushman, because we do not want this parliament, because we do not want democracy, but because we are obviously the only democratic group in this country.
I thank you. I hope that the others have learned something too!

The other party that has clearly spoken out against this law in advance is the FDP. Christian Lindner can also be heard in the above video – or here as an excerpt:

Christian Lindner mentions that they could not vote for the law mainly because of this paragraph, which contains massive restrictions on fundamental rights:

„§ 28a
Special protective measures to combat the coronavirus SARS-CoV-2

The order of the protective measures must in turn be proportionate.

(3) Necessary protective measures in the sense of paragraph 1 and of § 28 paragraph 1 sentence 1 and 2, §§ 29 to 31 can be ordered individually or cumulatively, as far and as long as it is necessary to prevent the spread of the coronavirus SARS-CoV-2. Further protective measures required to combat the coronavirus SARS-CoV-2 shall remain unaffected.

The left tried to beat around the bush in the run-up to the conference, but then came up with arguments comparable to those of the FDP. However, the speech in the Bundestag can be tipped into the bin

Be that as it may, here is the law which was passed on 18 November and which allows the Federal Government, bypassing the Basic Law and the Parliament, to annul fundamental rights as far as possible without having to justify this with provable facts (sorry, It’s a google-tramslation, i hope you understand it anyway):

The voting results in detail

Request from the CDU/CSU and SPD political groups: determination of the persistence of an epidemic situation of national importance

It was decided beforehand whether the situation would remain epedemic. This must be decided first, otherwise this draft law makes no sense at all. It is interesting that the FDP and DIE LINKE were not against it here:

Draft law by the CDU/CSU and SPD parliamentary groups: draft third law to protect the population in the event of an epidemic situation of national importance

Up to now, there have been two parties, after their election, things went a little differently than previously promised. It was known that the NSDAP was nationalistic and anti-Jewish – but the SPD was also nationalistic and anti-Jewish at the time, and with it almost all other parties (Centrum, BVP, etc.). After the election things started to improve. Wages increased, there was more holiday and everybody – except the Jews – should be able to afford a car and holidays. But then things changed somehow. I save myself the rest.

When we decided on a government of SPD and Bündnis90/Die Grünen, we thought: “Finally more workers’ rights! We elected parties that had previously been more on the side of the trade unions. And what happened? We had to work more for less money, unemployment benefits were cut, temporary work was expanded and Hartz4 – probably the most inhuman thing we have invented since 1945 – was introduced.

We always thought it was a long time ago that we had elected the wrong party and that it would not happen to us after 1945. But then came Gerhard Schröder and his men and we fell for it again.

CDU, CSU, SPD and Bündnis 90/The Greens are clearly parties that are hostile to the constitution and must be banned. We must do everything in our power to prevent them from further seizures of power. What is going on here is a coup d’état. Fundamental rights are being abolished or restricted to the point where they no longer have any meaning. The police are being given powers so that they can act arbitrarily without judicial bombardment, and the Bundeswehr is being allowed to take over policing duties within the country.

This has nothing, but nothing at all to do with the rule of law. That is the abolition of democracy.

I bet today, on 19 November 2020, that this government will do everything possible to ensure that no more democratic elections can take place. They will do everything they can to either eliminate the opposition (e.g. by arresting them for not abiding by the new law or by character assassination) or by postponing the elections – or by doing both at the same time.

Who will bet against it?

I don’t like AfD, there is too much agitation against minorities. A person is a person and not a German or a migrant or … This thinking has already led to many deaths. I find it too dangerous.

But we must stop these governing parties. At the moment, the only way to do that – objectively speaking – is with the AfD. If we do not want that, we need a new party that can be elected. A party that shouts “No!” and at the same time recognises the equal rights of all people in our state – without any discrimination. But we have never had that in the history of the party, a party that wants to end all discrimination. A party that would also write this into the constitution.

I have been wondering about so much this year, the world is more than crazy, incredible things can happen. 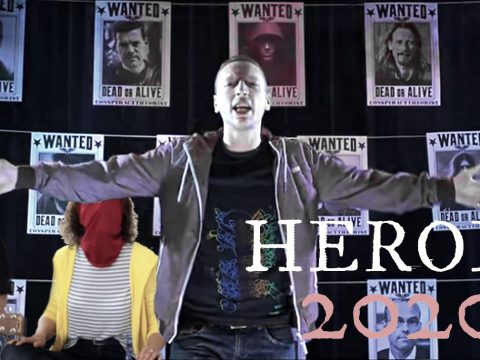 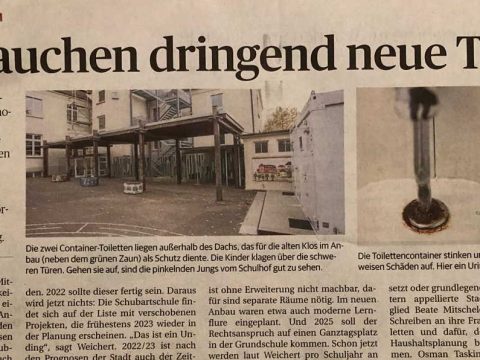 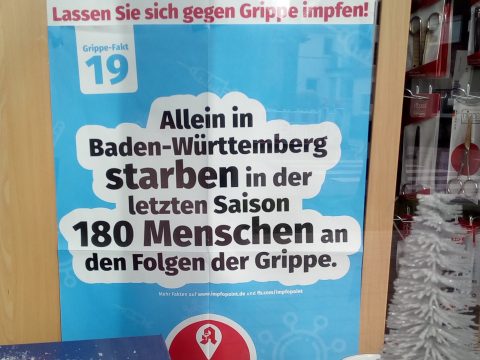 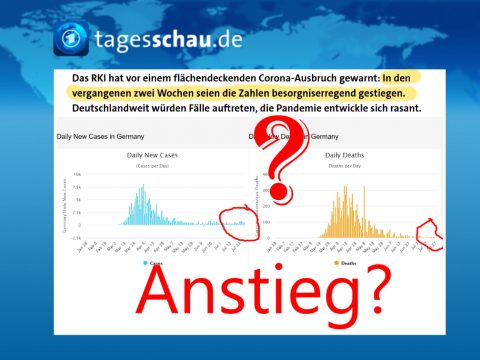 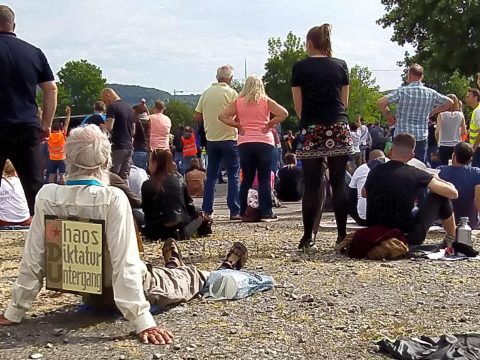 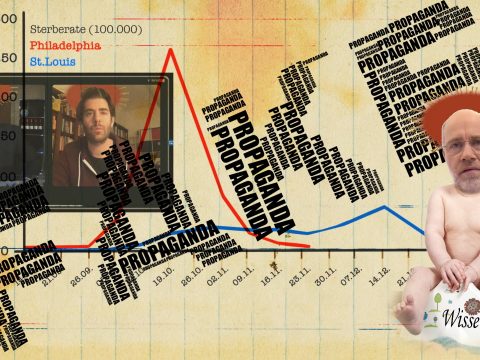 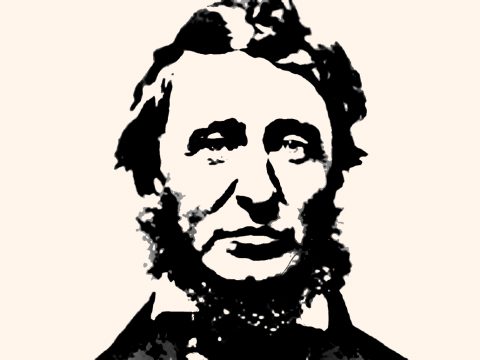 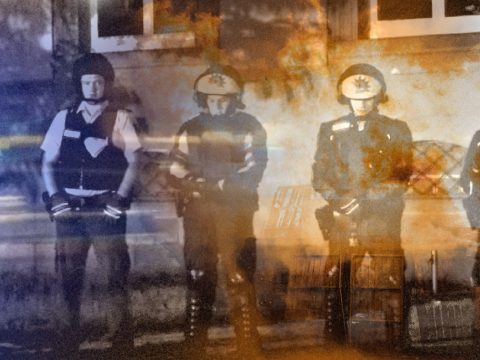